Since 2005, New Dawn Association has mainly concentrated on the “Arise and Shine” Kogony Orphanage and Community project. The orphanage site is situated in Kogony, about 4 kilometres north of Kisumu Town and the Kisumu airport, on Lake Victoria, and just a few kilometres south of the Equator.

The orphanage was birthed by a young Kenyan couple, Nancy and Jonas Okoth. Earlier, Nancy gave up her career with the prestigious Imperial Hotel in the centre of Kisumu when she and her husband Jonas decided to devote their lives to caring for orphans, “street children” and widows whose lives are being devastated by the effects of HIV/AIDS.

Nancy used her severance pay to buy a small piece of land on the hills overlooking Lake Victoria. Two other adjoining plots of land were acquired and work started on building a dormitory, classroom and a home for Nancy and Jonas and their own three children. They rapidly took up residence on the site and the “Arise and Shine” orphanage and community project came to life. There are 22 orphans, boys and girls, officially registered with the orphanage through the local Children’s Office. Many of these children have been found on the streets of Kisumu and have come from very abusive situations. The “Arise and Shine” project is now officially registered nationally.

New Dawn Association’s role has involved helping to establish, equip, encourage and provide financial support to this project. It also seeks to attract other sponsors and supporters to the project. 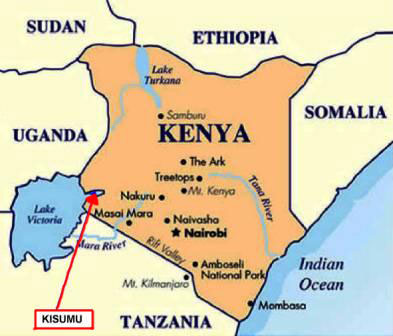